Over the years the power banks have become increasingly popular. They are efficient to carry and hold a charge for a reasonable time. Likewise, you can travel to places where there is no electricity available to charge your cell phone, etc.

However, there are times when you need to recharge the power bank itself, obviously! So can you charge a power bank with another power bank? Seeming it sounds like an interesting question so let’s find out.

If the power bank has a single USB type-C port for input and output operation, the higher battery power bank can be used to deliver the charge, though it may not be completely safe.  It means a  5,000 mah power bank can charge a 10,000 mah one provided it has more total charge than the other power bank. The former power bank will be totally rained off.

Secondly, if the device is not designed for taking up charge from another battery, you may end up damaging the power bank in the first place. Moreover, the IC of the power bank also matters which means some ICs are only efficient to take up/absorb electric current from the input connectors. So it’s recommended not to opt for it unless you are sure about its internal functionality.

It’s important if you read its user manual before charging the device so that you know it’s a connector and IC design that tells you everything.

For instance, if you link up a chain to a 4000mAh power bank with another same amount of power bank, it will not be the equivalent of 8000mAh of battery as some of the current will be lost during the charging process and hence, the result would be less than expected.

Recommended: How to Connect External GPU to Laptop

How to charge a power bank using another power bank?

Is it safe to charge a power bank with another power bank?

It’s safe only if the device has a pass-through function. However, the energy loss parameter would always be there. Also, you cannot 1:1 transfer. The slow speed is another downside of doing so. Hence, in a word, it would not be an efficient approach. 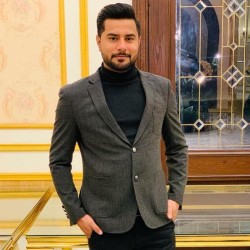 Hi, yasir here. I have always been interested in Technology and loved to take them apart and put them back together. I studied computer hardware engineering at MIT and now work as a computer engineer. I am the chief editor at Coded Couture. My goal is to help people make informed decisions about the products they buy.